Not long ago, the term "tech" referred to a technician, a person who kept complex industrial machinery and control circuitry in working order, somebody who wore a hard hat, who was not afraid to get dirty climbing over and crawling under industrial equipment. 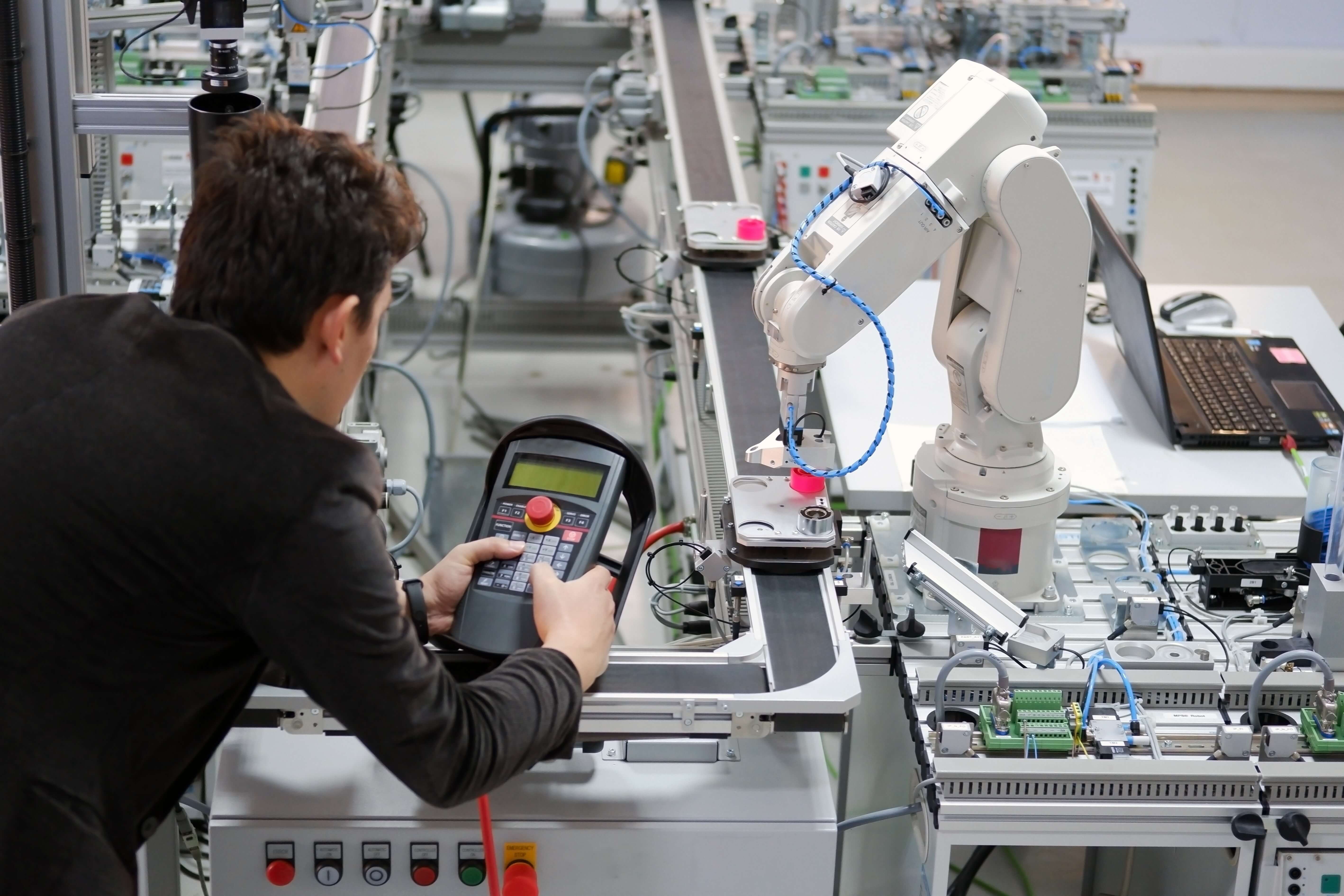 So, when I heard about the efforts of Representative Rohit Khanna of California's 17th Congressional District to bring "tech" jobs to Eastern Kentucky, where the coal industry was failing, I was initially quite impressed.

But after reading a press release from the office of Hal Rogers, of Kentucky’s 5th congressional district, Connecting Silicon Valley to “Silicon Holler,” I realized my original understanding of the term "tech" did not apply here!

Khanna proposes bridging the gap between Silicon Valley and 'Silicon Holler' by bringing tech jobs to Appalachia. But here the term "tech" pertains to writing Apple and Google application software, not maintaining and repairing industrial equipment.

Retraining the local work force to learn coding could be a step toward economic prosperity for a few people in a depressed region of the country. But unfortunately, I believe this effort is motivated to some extent by the misconception that virtually all blue-collar workers in America are being permanently replaced by robots!

Thus, following this assumption, to become employable in the emerging tech arena, these workers would need to put away their hard hats and hand tools and learn to write code for digital devices. But I do have one question: WHEN ROBOTS FINALLY DO TAKE OVER THE WORLD, WHO’S GOING TO KEEP THEM RUNNING?

While it is true that robots are now performing many of the repetitive, assembly line type jobs in this country, they have also allowed the emergence of many new jobs, particularly in the growing field of mechatronics.

Mechatronics might not be a familiar term. It's a portmanteau derived from "mechanics" and "electronics," identifying a field involving design and maintenance of automated industrial equipment, including mechanical manipulators and robots. 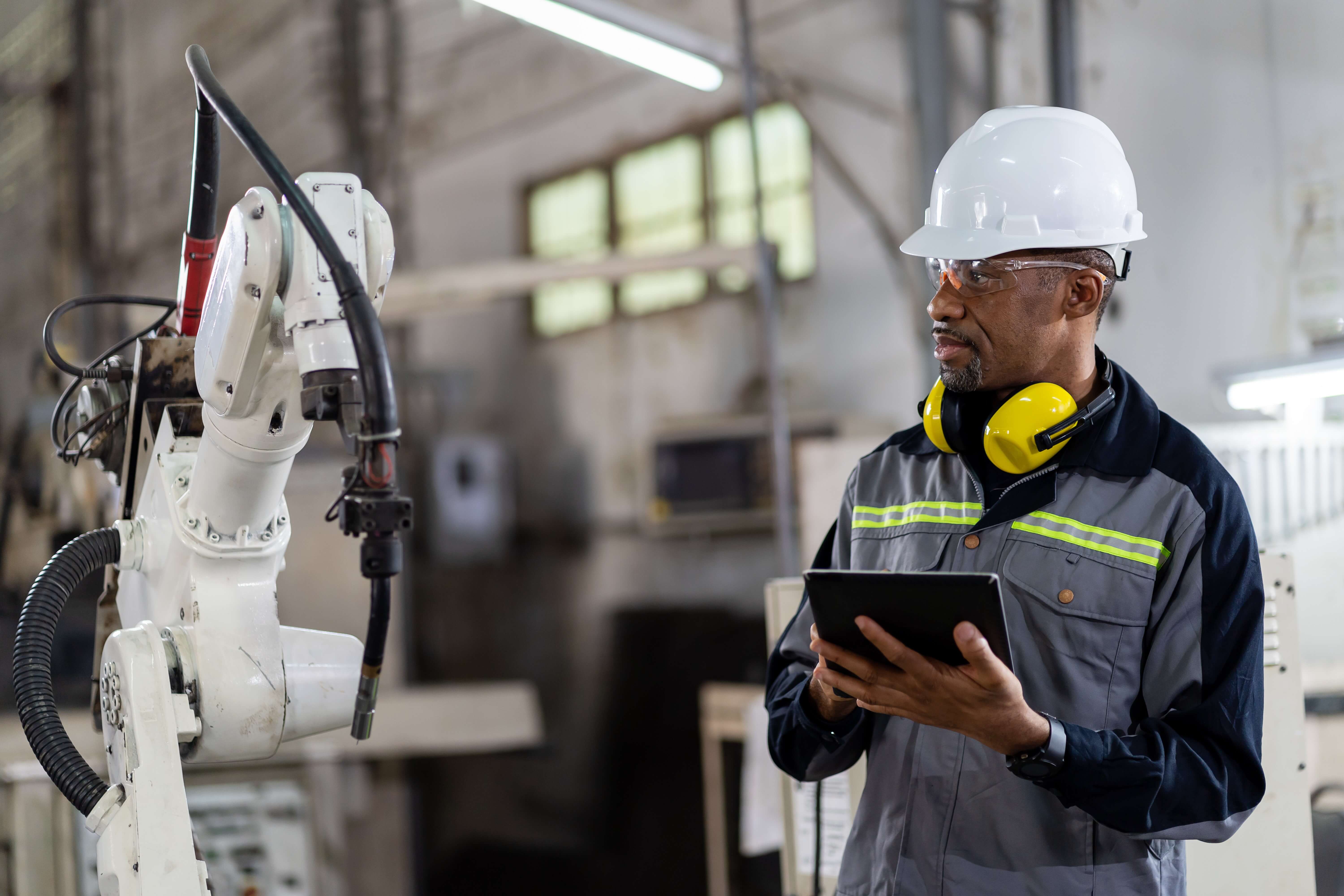 Areas of required competency for mechatronic engineers and technicians include:

Employees of ATS design and install complete robotics systems, such as the palletizing application represented in the right-hand image below. Many employees work directly at their customers’ facilities, performing routine preventive maintenance tasks, while troubleshooting and repairing equipment as necessary. 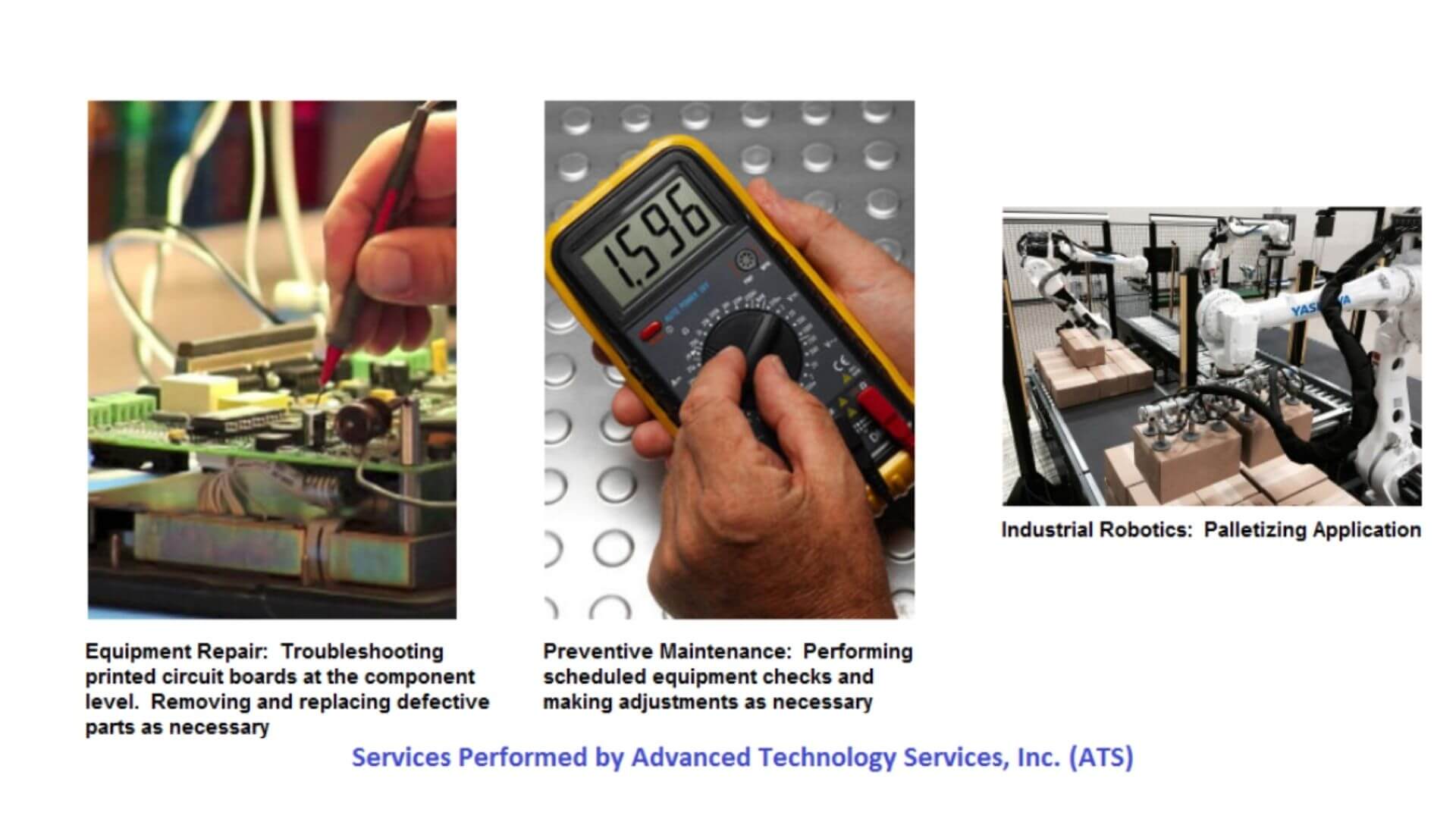 Assembly of PRESSON kits and completion of supporting lab exercises provides valuable practice in soldering and performance of detailed assembly and test procedures, essential skills for the successful mechatronics technician.